Kylin binary package contains a sample dataset for testing. It consists of five tables, including the fact table which has 10,000 rows. Because of the small data size, it is convenient to carry out as a test in the virtual machine. You can import the Kylin built-in sample data into Hive using executable script.

The script is sample.sh. you can find it under $KYLIN_HOME/bin.

Once the script is complete, execute the following commands to enter Hive. Then you can confirm whether the tables are imported successfully.

By default, the script imports 5 tables into Hive’s default database. You can check the tables imported into Hive or query some tables:

The five tables together constitute the structure of the entire snowflake data model. Below is a relational diagram of them. 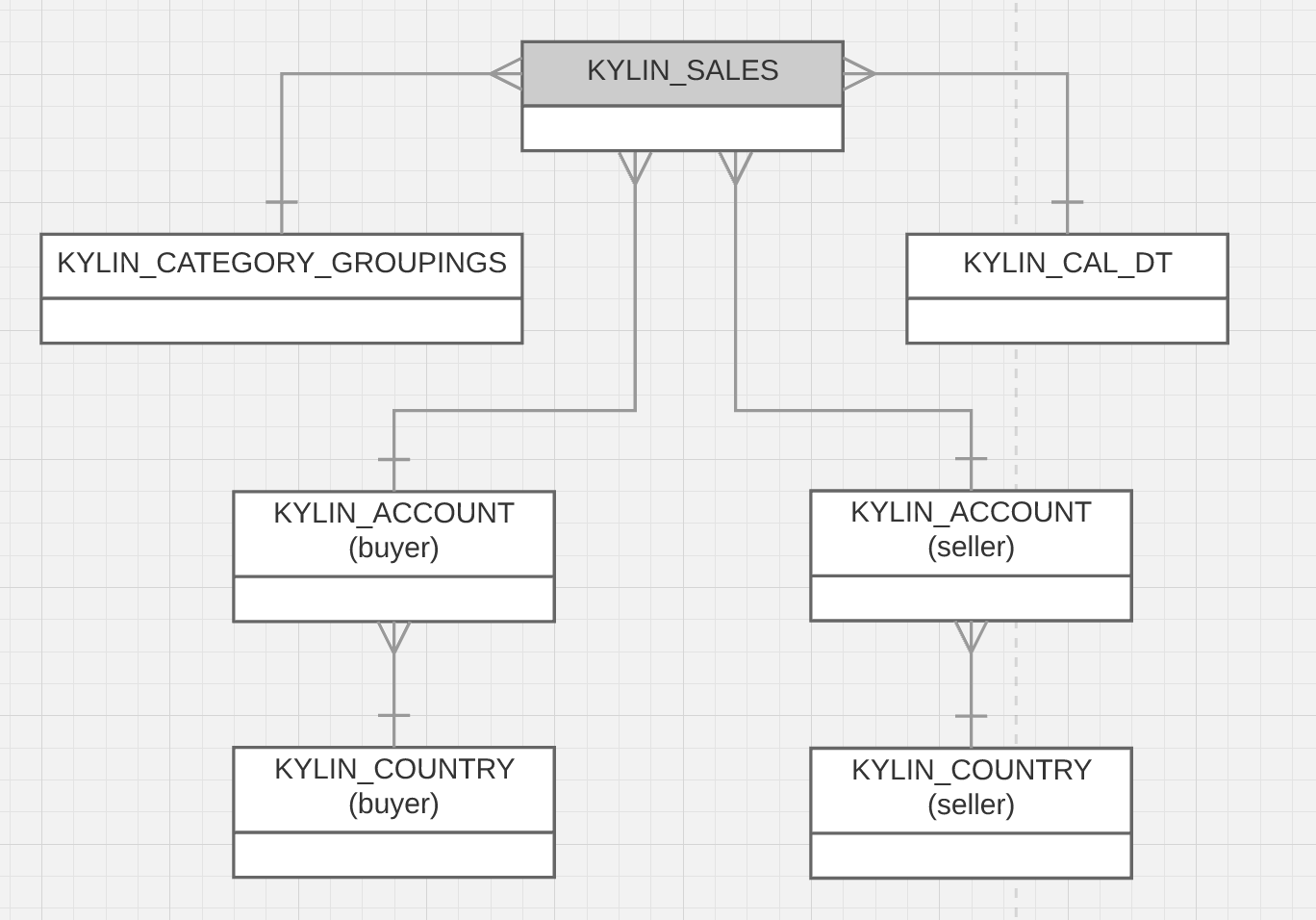 The generated hive tables contains too many columns which may confused you. So the following tables will list some key columns which referred in Kylin’s Model/Cube, and describe the underlying business meaning of them.